On the Funky Tip with Bruce Nazarian

And with those words, borrowed from the computer industry (saying "Hello World" is a classic way of testing out a new computer connection), allow me to welcome you to my new blog here on The Funkatologist.

So, who am I and how did we get here? My name is Bruce Nazarian, and you may or may not know who I am. But if you DO, then you know that I am a musician, a child of Detroit, and a product of both sides of the musical river that flows through Detroit: pop/rock and R&B/Soul.

I guess that makes me a unique musical mutt, but I love it, and my playing reflects this "dual heritage". 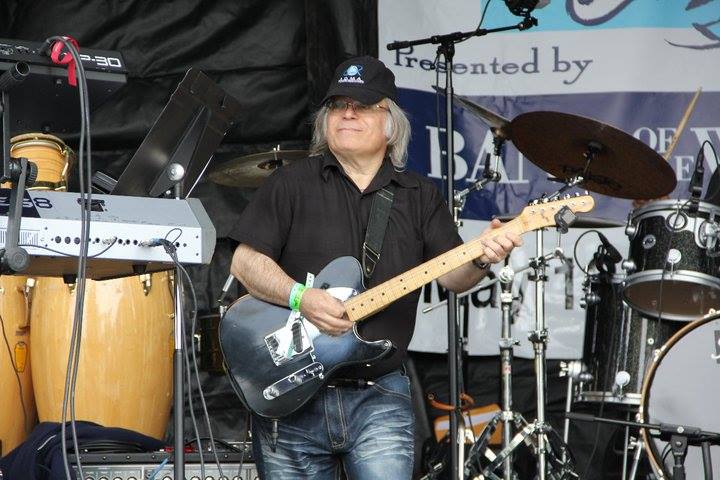 You should know that "The Funkatologist" himself, Hugh Hitchcock, and I are very old friends, and Hugh is a former bandmate. We played together way "back in the day" in Detroit in my band called The Automatix.

The Automatix was an interesting band, in that it fused Detroit pop and Detroit R&B sensibilities into a modern musical style that leaned heavily towards the funky tip, while preserving and honoring classic pop songwriting forms… plus, it was FUNKY, live. In the future, we'll have a listen to the funky side of The Automatix.

If you happened to catch the Automatix live back in the day, you know our original incarnation featured not only Hugh on Bass, but also had Luis Resto on keyboards, Jerry Jones ("Le Foot") on drums (Jerry's a legend in the annals of the Detroit studio scene), and one of the best blue-eyed soul singers ever, Detroit's Shaun Murphy.

If you follow such things, you may know I was also a charter member of the original Was (Not Was) and have played on my records produced by my friend Don Was. (check out "Wheel Me Out")

That's a bit of musical history to let you know who I am, and offer my funky credentials –

we're REALLY here to talk about "The Fonk"

Much has been discussed (and argued) about what ‘The Fonk" really is, and I'm sure in future episodes of this blog will have a healthy debate back-and-forth.

But from where I sit, as a Detroit born musician whose primary instrument for many years has been guitar, with the occasional foray into bass, "The Fonk" is a feeling.

My old friend Bootsy Collins says "the funk is about ‘the one' ". Now, he's not talking about Neo in The Matrix, but rather he's talking about the importance of the downbeat of each measure.

"The one" is the anchor. The first beat of each musical measure, "the one" serves as the landing point for the groove, and importantly, also the launching point for each phrase of music.

For some inexplicable reason, musicians who grow up in Detroit and play R&B or soul music have developed this inherent feel for "The Fonk". Some of the best practitioners of "The Fonk" are associated with the city of Detroit because the influence is strong in Detroit.

I joke that there's something in the water in the city of Detroit that inherently imbues Detroit musicians with this feel, but the actual reasons for it are likely far more complex than that.

For now, trying to get deeply into this is outside the scope of what we're going to discuss in this first installment but perhaps in future episodes will investigate it a little further.

But to get us started, let me leave you with this little video clip from YouTube of what I feel is an excellent example of "The Fonk" in action. It's "Never Buy Texas from a Cowboy" by the Brides of Funkenstein, part of the P-Funk family.

What's fascinating to me is that for a number of years there seems to have been some confusion about who is actually playing bass on this track, perhaps because the LP credits show no fewer than FIVE bass players! Some folks say Bootsy Collins, some folks have suggested other names, but I'm here to set the record straight.

The Bass player on this is none other than little ole me.

And If I recall correctly, I'm playing with one of my all-time favorite drummers, the legendary Jerry Jones (aka "Le Foot"). And within 16 bars you can hear the unmistakable sound of Bernie Worrell putting his inimitable "woo" on the track.

Somewhere in the vast archives of Facebook exists a United Sound track sheet that shows who is playing which parts. I'm here to tell you, it was fun playing on this record (I also play guitar on this, too – but the totally inspired distorted extended solo on this record is Michael Hampton.

You don't initially see me listed on Bass, but scroll down a bit as I'm listed as "Guitar, Bass".

Credit should be given to the late Rudy Robinson, who was instrumental in so much great Detroit music and yet, in many cases, remains uncredited for his contributions. Rudy was a brilliant musician, a great friend, and is sorely missed.

So many funky friends, so much great funky music.
This will be a fun blog to write.

I welcome your feedback, and suggestions…