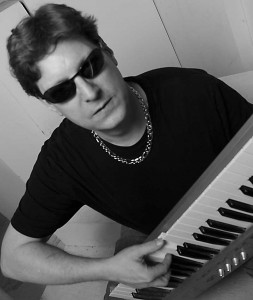 This website is dedicated to the people of all colors and races who play the blues, soul, funk, jazz, etc.

But more importantly, it’s dedicated to the study of Funk and the culture surrounding that.

I grew up outside of Detroit and I heard a lot of Motown music growing up. I am white, but I grew up with black people (or African Americans). Through a series of interesting turns in my early life, I was separated from my real family at around the age of 14 and grew up in a totally different world where I ate chitlins and black eyed peas and listened to soul music constantly. I also was put into an electronic recording studio and told that I could do whatever I wanted for eight hours a day, and I made use of that time. At age 14, no less. True story folks. Yes, it was a strange and interesting turn of events, my life in those days. Lots has happened since then.

My father was a renowned musicologist, and I guess he passed that on in the genes. I’ve been to university, but I did not make that my world. Instead, I opted for the excitement of the live music scene. I sought my fortune playing in bands, for money, sometimes not for money — sometimes just for the thrill of creating something that made people stare and pat their feet. Often in the form of wild, improvisational funk-edged jazz pieces which we’d plan with a “road map”. But in contrast, a lot of those years were spent procuring gainful employment as a jazz or funk bass player and/or keyboardist.

The combination of the academic family background and the alternate reality I faced in my formative years, followed by years working in the music business in pop, dance and RnB Soul music resulted in my having a completely different world view than a lot of people in my walk of life. I’ve gained quite a reputation as both a bass player and a keyboardist, and now as a producer and engineer.

Although I have spent some years in academic music school myself, I generally don’t walk those halls in my knowledgeable pursuits -- my alma mater is the one that goes by the name of hard knocks. I have bestowed upon myself the title “The Funkatologist”. I have also granted this title to a few of my cherished friends.

About the header image on this website: Yes I know they are a couple of old white men. This is a joke! People that know me understand my sense of humor. I mean nothing by that other than a facetious gesture towards my roots while I dig deeper into the roots of funk.

Anyway, I hope you enjoy this website, so far it has been a lot of fun to put together.

We hope you enjoy it!